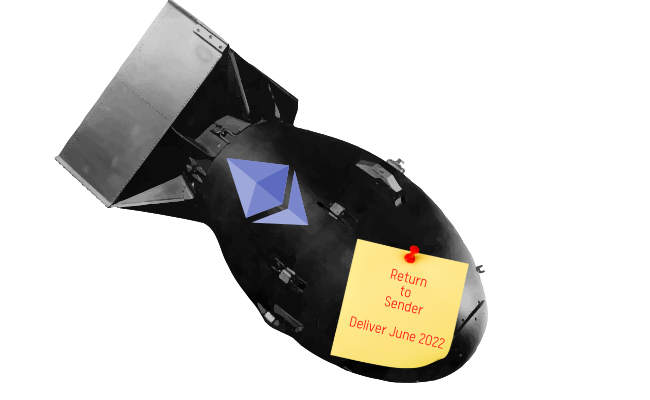 Early in October EIP4345 was created.  The EIP delays the planned December 2021 difficulty bomb to Jun of 2022, extending the Ethereum 2.0 Delay.  This is great for miners looking to ge the most out of their rigs before Ethereum no longer supports Proof of Work.

What is the Difficulty Bomb?

The difficulty bomb was created to force developers to implement proof of stake.  The bomb significantly increases mining difficulty which would decreasing transaction speed and negatively impact on the end user experience.  Delaying the difficulty bomb has become a bit of a running joke and has been going on for over the past 5 years, as developers have continuously kicked the Proof of Stake can down the road.

Significance of This Delay

EIP4345 is a different from past delays.  This delay is shorter than previous ones and is directly linked the proof of stake transition.  Tim Beiko the author of EIP 4345 posted the following tweet in regards to the Delay.

All that being said, we’re going to push the bomb back to June 2022, which is 4 months after February 💣 To be clear, if the merge was ready before, we could do it prior to that. Also, we can push the bomb back again if we’re not ready. We’ll need to make a call around Feb!

Based on Tim Beiko’s tweets it seems reasonable to assume that developers will not meet the current December deadline and June 2022 will give developers a 4 month window to implement proof of stake once the programming for it is complete.  If we count back 4 months from June, that would suggest that the Ethereum 2.0 delay will be until February 2022. 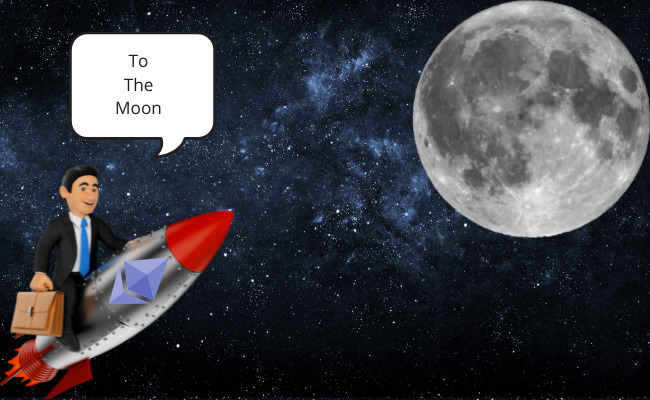 On October 21st 2021, Ethereum reached a peak 4,366USD, just shy of it’s all-time-high of 4,385 USD.  Eth has since pulled back to mid 4,100’s, but many expect it to continue on its upward trend.  ETH’s latest jump has boosted its year-to-date profits almost 450%, compared to  Bitcoins 130% returns over the same time span. This has raised the possibility that Eth may post better returns than Bitcoin in the coming sessions.

Imagine going out for dinner, splitting the check, and everyone at the table paying with a different type of digital currency.  This is the future that Visa is proposing with their Universal Payment Channel (UPC). The UPC would work across chains by creating a hub that interconnects multiple blockchains and networks allowing users to securely transfer funds without having to worry about interoperability.  As a Hub between the block chains it would allow banks, businesses and consumers to seamlessly work together no matter what the currency being used.  As a trusted brand Visa could provide the security needed for widespread adoption of cryptocurrency use.